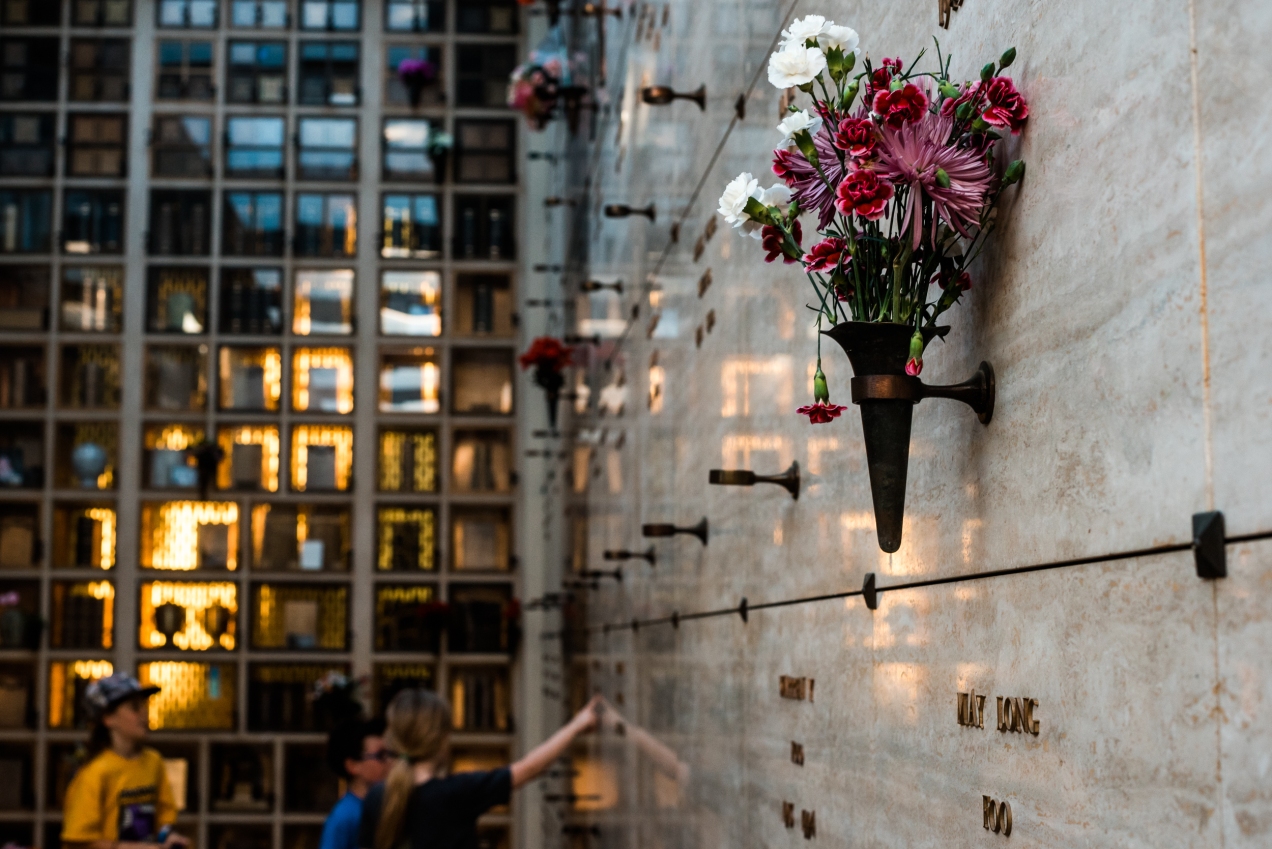 I woke up on the longest day of the year knowing my friend would be taken off life support. After spending the morning rock climbing, I checked my email. “Fwd: THE BEST THING IS TONIGHT.” Chapel of the Chimes, a columbarium in Oakland, hosts an event called The Garden of Memory to celebrate the Summer Solstice. After looking up the word “columbarium,” I agreed to go. Events with people who are comfortable talking about death are my thing. In fact, the first person I recognized at Chapel of the Chimes hosts You’re Going To Die, another great event with people who are comfortable talking (and singing) about death.

Spectators gather in Chapel of the Chimes’ Garden of St. Matthew to listen to Probosci, a collaboration between violinist, Timba Harris, and guitarist, Gyan Riley.

The email promised 75-100 musicians, so my housemate recommended earplugs, but as soon as I passed through the courtyard and into the building, noise turned to music and I was in an environment unlike any I’d seen before. Part–greenhouse, part–library, part–church: my friends and I explored the space, following sounds and getting lost along the way. Oakland’s columbarium was redesigned and expanded in 1928 by the first licensed female architect, Julia Morgan, who attended my alma-mater, UC Berkeley, and L’École des Beaux-Arts in Paris. As an Architecture student, I was taught to set constraints for my projects because more creativity happens within fixed boundaries. Not only guitarists, pianists and violinists were tucked into the vaults: performances included a magnet-controlled water organ, a Theremin, and a parrot serving as lead singer. 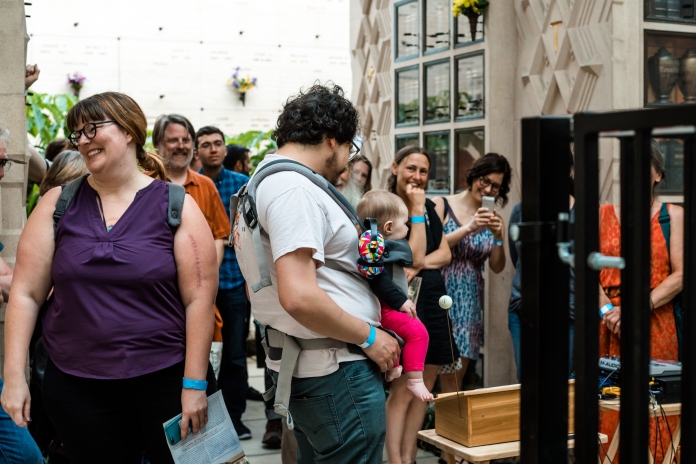 Zola drawing crowds and cheers while playing the Theremin.

Stepping around gothic fountains, squeezing single-file up staircases and through archways, we found walls lined with urns, stained glass windows, and bouquets of fake flowers. Solstice is derived from the Latin words Sol (sun) and sistere (to stand still). On the solstice, we filled the stone halls of this columbarium with movement and sound because grief is active and dynamic. It does not sit still. In the same way, memories are not fixed: they can grow and die like plants; stretch and distort like sound.

Memories of my hallucinations in the first weeks of my recovery are still with me. In addition to imagining conversations and visits from friends, somehow the sound of mylar balloons brushing against each other in my hospital room made me think from my fixed position in bed that my dad, sleeping on a cot, was frantically writing in a journal. I keep the memories that aren’t doing any harm, and try to weed out the ones that are. For 17 years I held onto fear and anger from my first cardiac catheterization. With perspective (and therapy), I know that the nurse who was unsuccessfully trying to stop my screaming with Disney’s, Aladdin, playing on a screen to my left, genuinely wanted to help me, and the surgeon stabbing my right leg didn’t want to hurt me, and everyone in the room was just upset as I was that a 6-year-old heart was recording pressure values that solidified a diagnosis of Pulmonary Hypertension. The memory isn’t exactly erased, but reframing it diminishes the trauma. 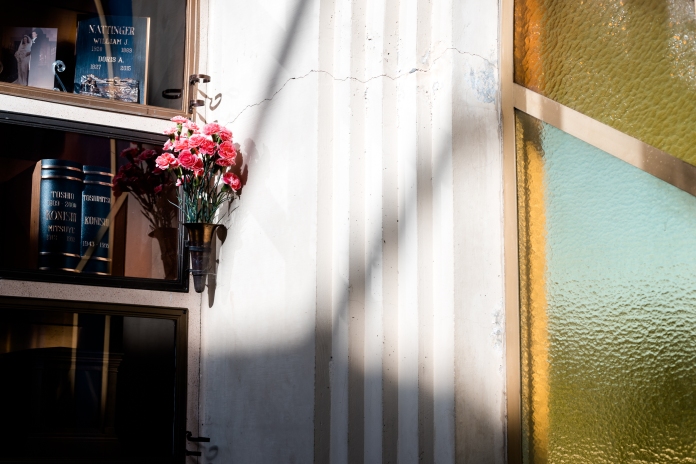 In May, after three huge doses of steroids (500mg IV Solu-Medrol per day) to treat my rejection, I felt like a lab rat. I had no choice but to accept the chemicals and wait to see what would happen. My mind became a maze with thoughts racing, getting diverted and eventually lost. I filled several notebooks with lists and messages to myself, convinced that writing something down by hand would preserve it in reality. On clearer days, I struggle to make sense of the fragments I managed to record, which include the singular word “ache.” The chemicals made my body sore in a way that Tylenol cannot fix. They wiped out my white blood cells and increased my anxiety. They made me hermetic, afraid to socialize with tears threatening to escape at any moment. The chemicals also cleared my rejection. 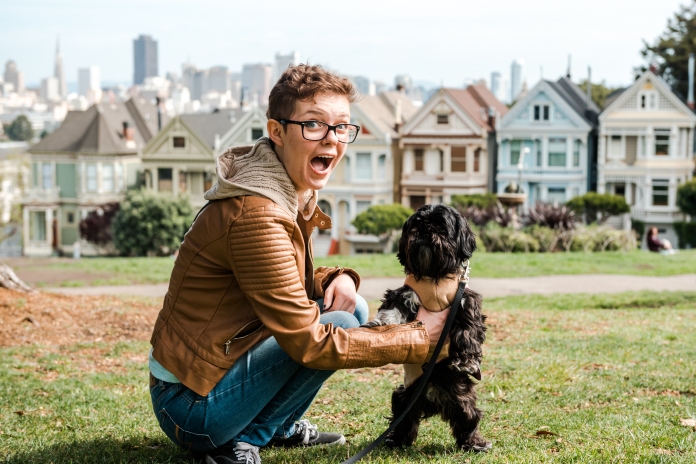 Maddie visiting Basil and me in San Francisco, March 2016.

Maddie’s life was fixed to 24 years, but her awareness of the brevity of life made it richer and more dynamic. She chopped all her hair off two years ago and dyed her pixie cut blonde the following year. “Life is too short for a boring haircut,” she reasoned. When a bronchoscopy sent her to the MICU on a ventilator, I was certain she would pull through. Maddie is a fighter. She conquered leukemia, Pulmonary Hypertension (PH), a double-lung transplant, and a single-lung transplant. We met when we were 9 years old and convinced that the best use of our time was riding escalators up and down again and again at the fancy hotels PH Conferences are held in. The stares we got and the laughs we had were certainly worthwhile. Last year, I reflected on her strength as I entered the operating room for my transplant. Maddie’s snapchats and memes about being on Prednisone put a smile on my puffy face during my hardest days after surgery. “I can feel my cheeks jiggle,” she tells me after her first dose of IV Solu-Medrol, a.k.a. Mega-Prednisone. I finished my course the week before and the steroids are starting to affect my mind so “Amazing,” is all I manage to text back. Five weeks later my organ rejection was gone, and so was Maddie. 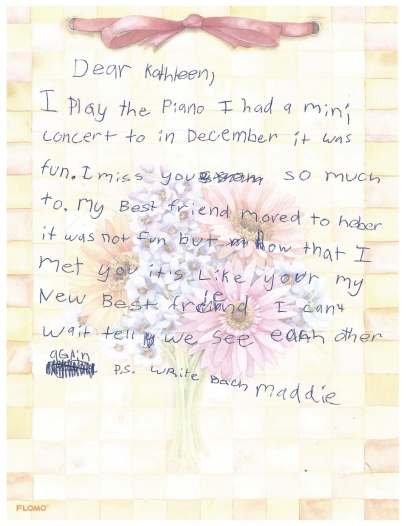 Among the gifts Maddie left me (including this letter she sent me in 2002 that makes us best friends), was her last text to me: “You gotta take the wins when you can!” Sometimes it’s easier to find bits of light in dark times. Millennial digital photographer that I am, I am still learning how developing happens in a darkroom, but I’m pretty sure it’s a good metaphor for this. The harder my life gets, the more gratitude I have for anything that runs smoothly. I rejoice when I find a space that makes parallel parking particularly easy, or when it only takes one attempt to gain IV access (can’t remember when the last time that was).

The worst and best thing about grief is the growth that happens after the loss. That other lives continue after one ends is both a comfort and a burden, a fact accentuated for transplant recipients with deceased donors. I mourn friends I’ve lost most severely when I’m unable to talk to them about important changes in my life. But the passage of time that brings these changes also brings changes to the grief, and the loss itself can spur positive change. My closest college friendships were borne out of and strengthened by bereavement. My willingness to talk openly about death has made for more meaningful conversations with many people in my life, and lots of cathartic tears. “When grief develops and grows,” hospice chaplain, Kerry Egan, writes in On Living, “it somehow becomes diffused across the memories that surround the loss at the heart of it. It seems less concentrated, and therefore more bearable.” The loss of Maddie still feels concentrated and unbearable, but reflecting on the happy memories we made helps develop my grief. Rock climbing, riding trains, and walking over 3 miles to be a part of filling a columbarium with life, keeps me (and my grief) active.